Remember me? ( Step in, execution )

Remember me? ( I have no remorse )

For this one it's the X, you retarded?

Cause I grab the mic and get DOWN, like Syndrome

Hide and roam into the masses, without boundaries

Which qualifies me for the term universal

Without no rehearsal, I leak words that's controversial

Like I'm not, the one you wanna contest, see

That got Banned From TV -- heavyweight hitter

Hit you watch your whole head split up

Hollow tips is the lead, the .45 threw

Niggaz that take no for an answer, get told no

This vet is ahead of,

The sh*t is all redder, you deader and deader

Settle vendetta one metal beretta from ghetto to ghetto

I got the soul of every rapper in me, love me or hate me

My moms got raped by the industry and made me

I'm the illest ni**a ever, I told you

I get more p**sy than them dyke b**ches Total

Probably sayin, He ain't a killer , but I'm killin myself

So think what I'ma do to you, have done to you

What you wanna do, cocksuckers? We glock busters

'Til the cops cuff us, we'll start ruckus and drop blockbusters

'Round the clock hustlers, you cannot touch us

You think it could be somethin I said? {*echoes*}

When I go out, I'ma go out shootin

So I promised the f**kin critics

My baby's mom, b**ch made me an angry blonde

So I made me a song, killed her and put Hailie on

I may be wrong, I keep thinkin these crazy thoughts

In my cranium, but I'm stuck with a crazy mom

Came home, and somebody musta broke in the back window

And stole two loaded machine guns and both of my trenchcoats

With M-16's and ten clips each

And them shits reach through six kids each

And Slim gets blamed in Bill Clint's speech to fix these streets?

F**K THAT! PBBT! Tou faggots can vanish to volcanic ash

And re-appear in hell with a can of gas, AND a match

Aftermath, Dre, grab the gat, show 'em where it's at

Don't you remember me?!

You Are Always On My Mind专辑下载 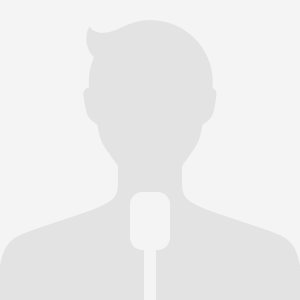 Remember Me (Music From The Motion Picture "Cello")